So I had a wonderful opportunity to photograph two events for an Indian groom–my first Indian event. I’m not going to speak for the whole country of India (because I’m sure it varies a little) but this family did about five events leading up to the wedding ceremony. I got to be a part of two of them: a Henna party and a spiritual groom ceremony (as what I call it; I’m not sure of the name). 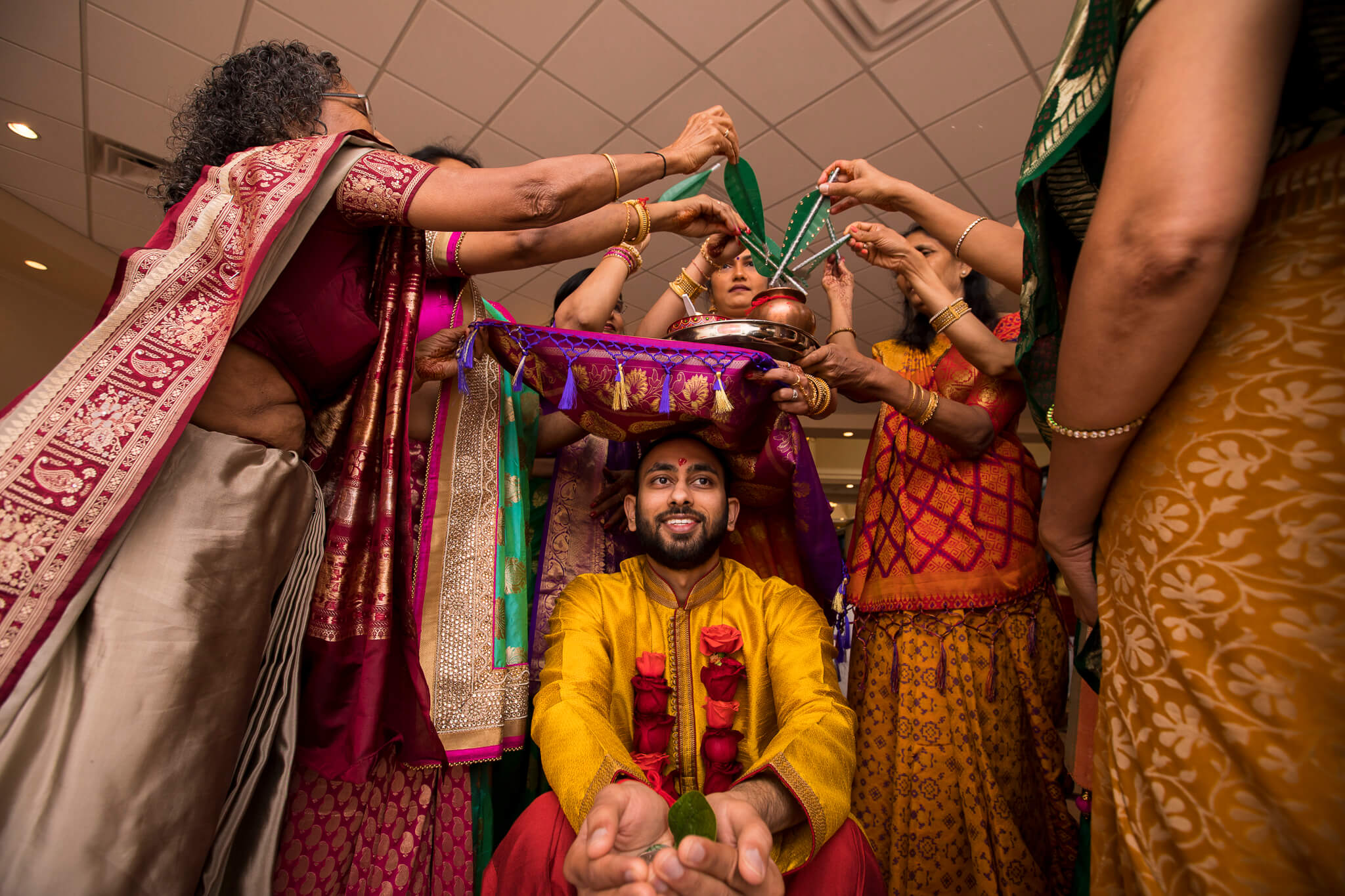 The Henna party was like a family reunion! Food, Family, Fun! Everyone dressed up in traditional formal Indian garments and mingled. Then the ladies eventually sat on these little beds and put henna designs on one another’s hands. I honestly didn’t know how Indian women put henna designs on their hands and arms. I assumed it was done in at a shop by a professional as we do with tattoos. Was I wrong! The family members did them and they free-handed them. There were no machines or mechanism or gimbals. Just hands. In case you don’t believe me, look at the pictures below. 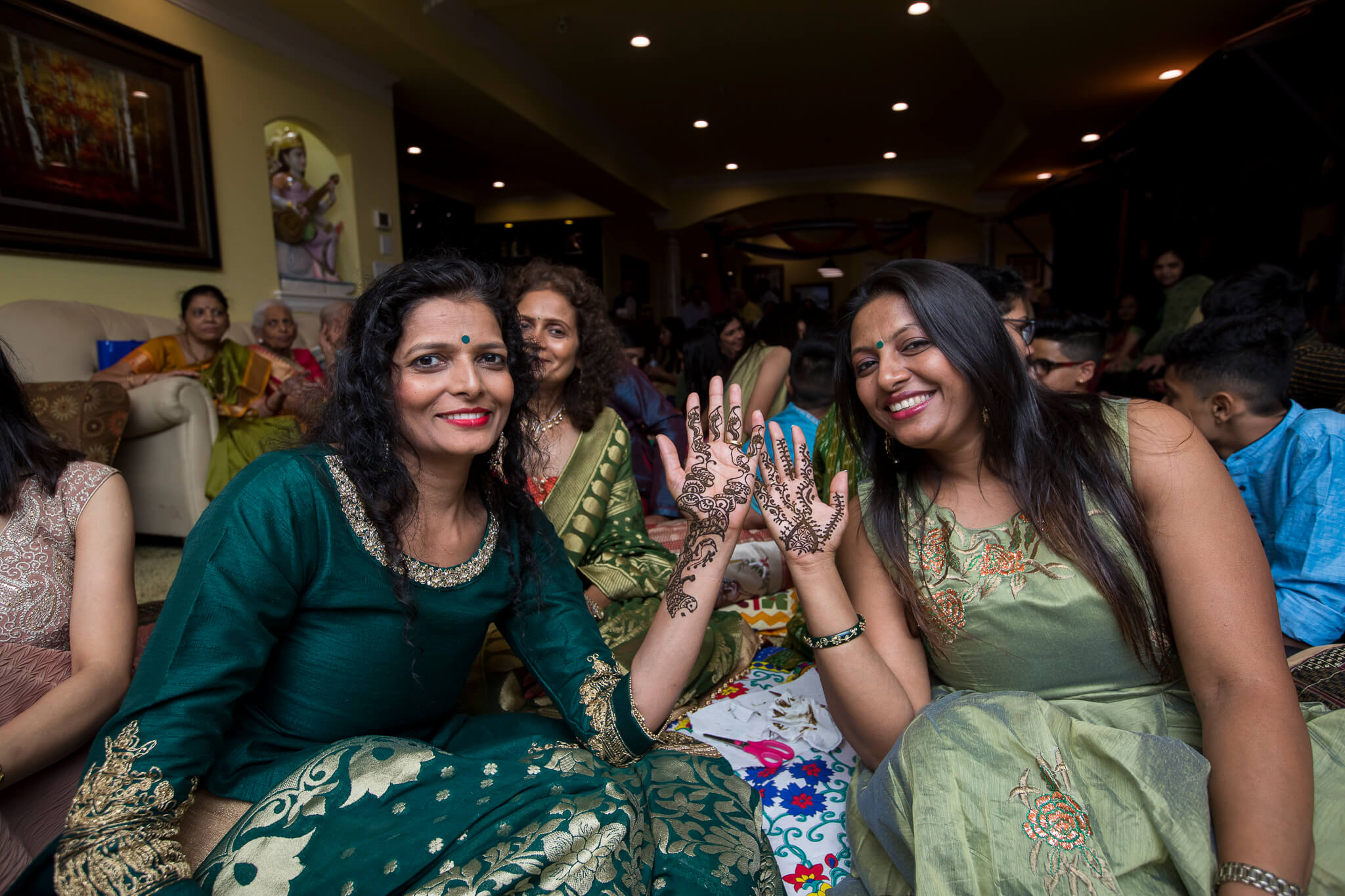 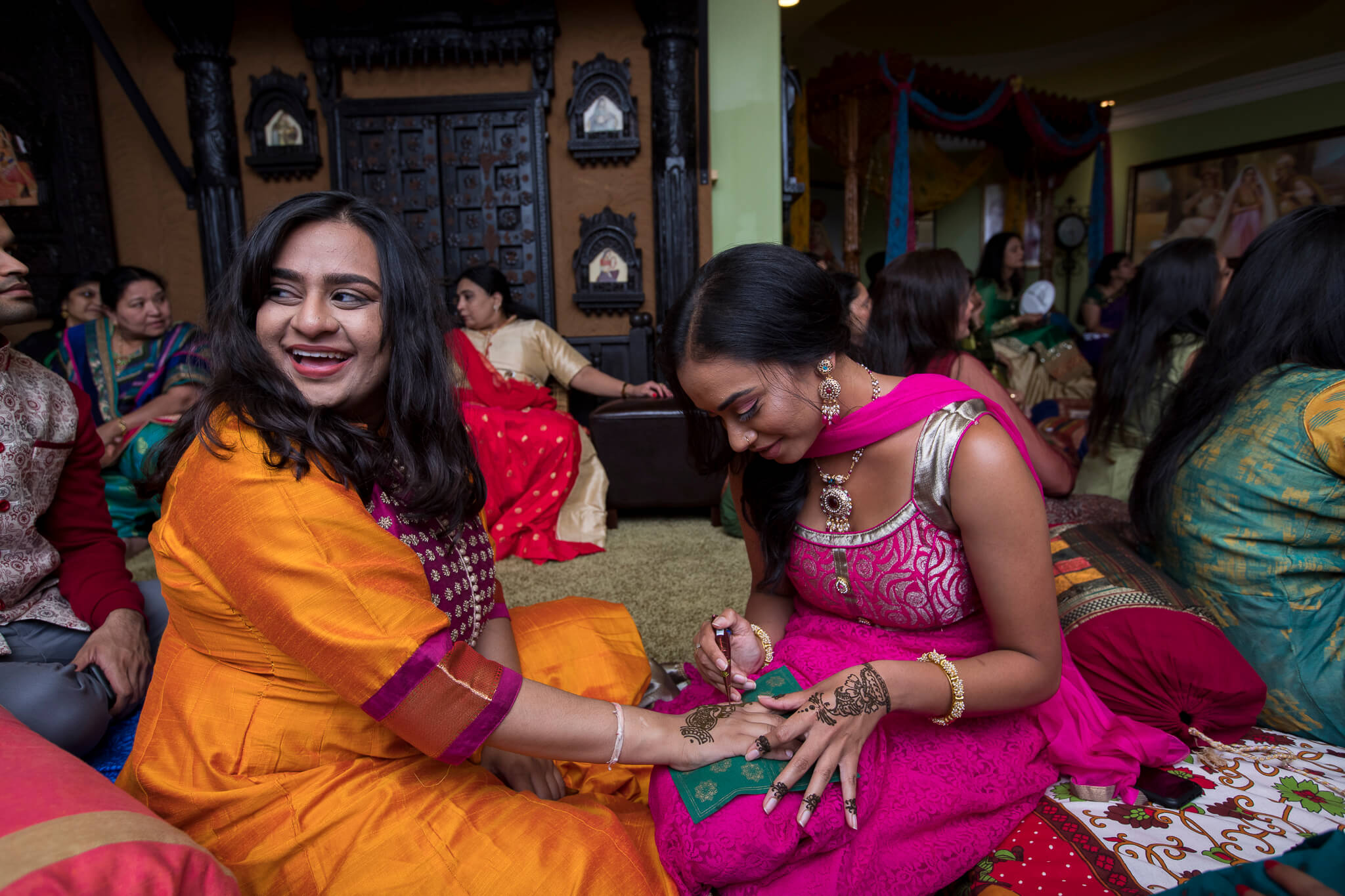 The Signature Club did a wonderful job hosting next morning’s event. They accommodated the guest’s elaborate (yet beautiful) Indian setting. This event was a more formal ceremony were a Hindu priest came to perform rituals with the groom and his parents. Without a doubt, the highlight of that morning was when the ladies got to smear the grooms face with….this yellow stuff. I didn’t ask many questions so I’m in the dark about a lot of what was going on but it looked like a thick dijon mustard (but it obviously wasn’t mustard). The groom just held out his hands and the ladies came up to get a hand full of this cream and wiped it on his face and feet. They had a lot of fun doing that. Maybe too much fun! Some stopped and asked me to take a picture with their hand on his face. I was quite a site. 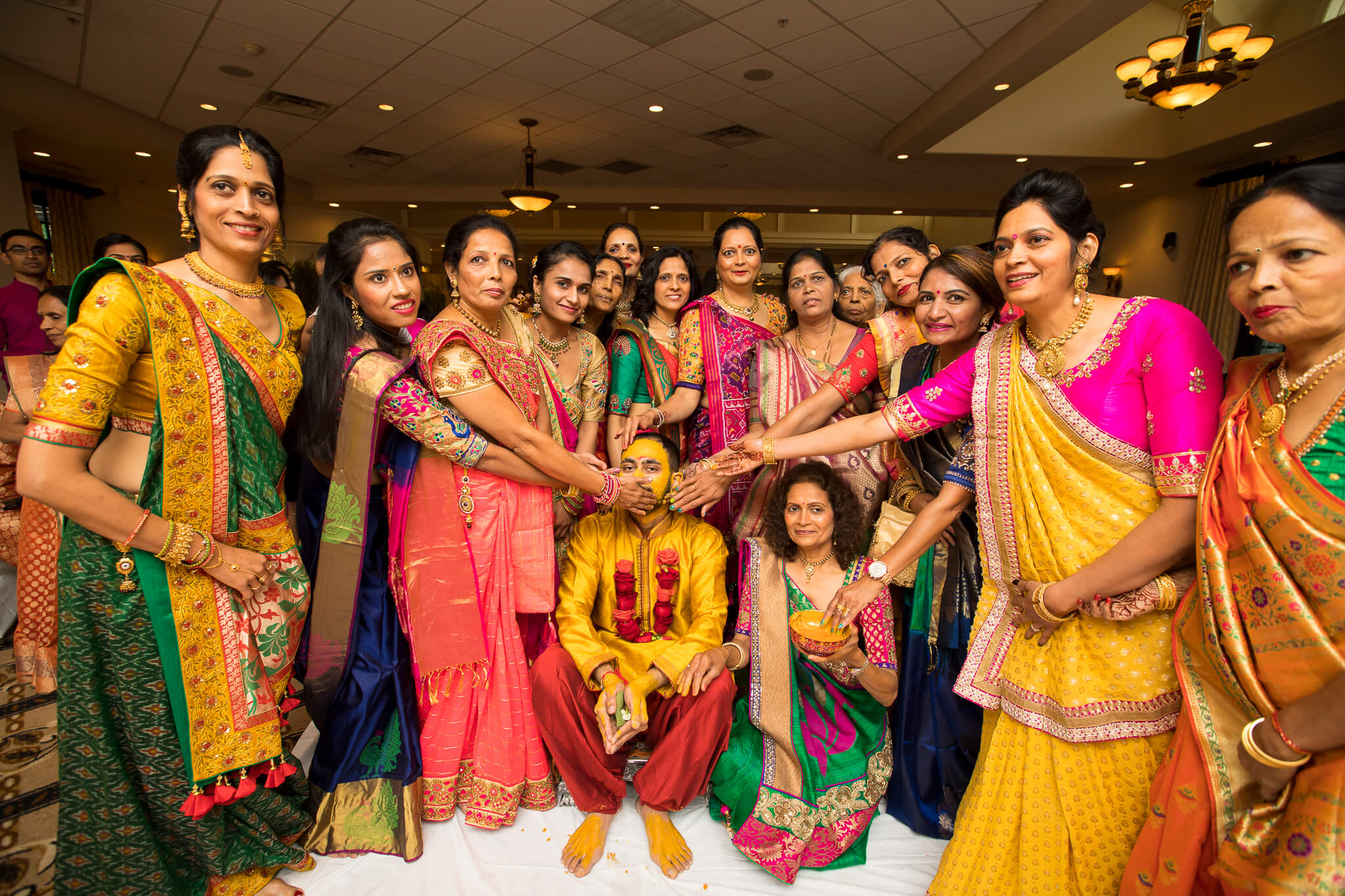 Later in the ceremony, the women grabbed these ornaments made to look like vases of water. They put them on their head and walked out side. First, they posed for a picture and then they paraded around in a circle to a drum beat. I did ask about this part. The man I asked said that it was a salute to ancient India where women used to bring water to their homes. They carried them on their heads. 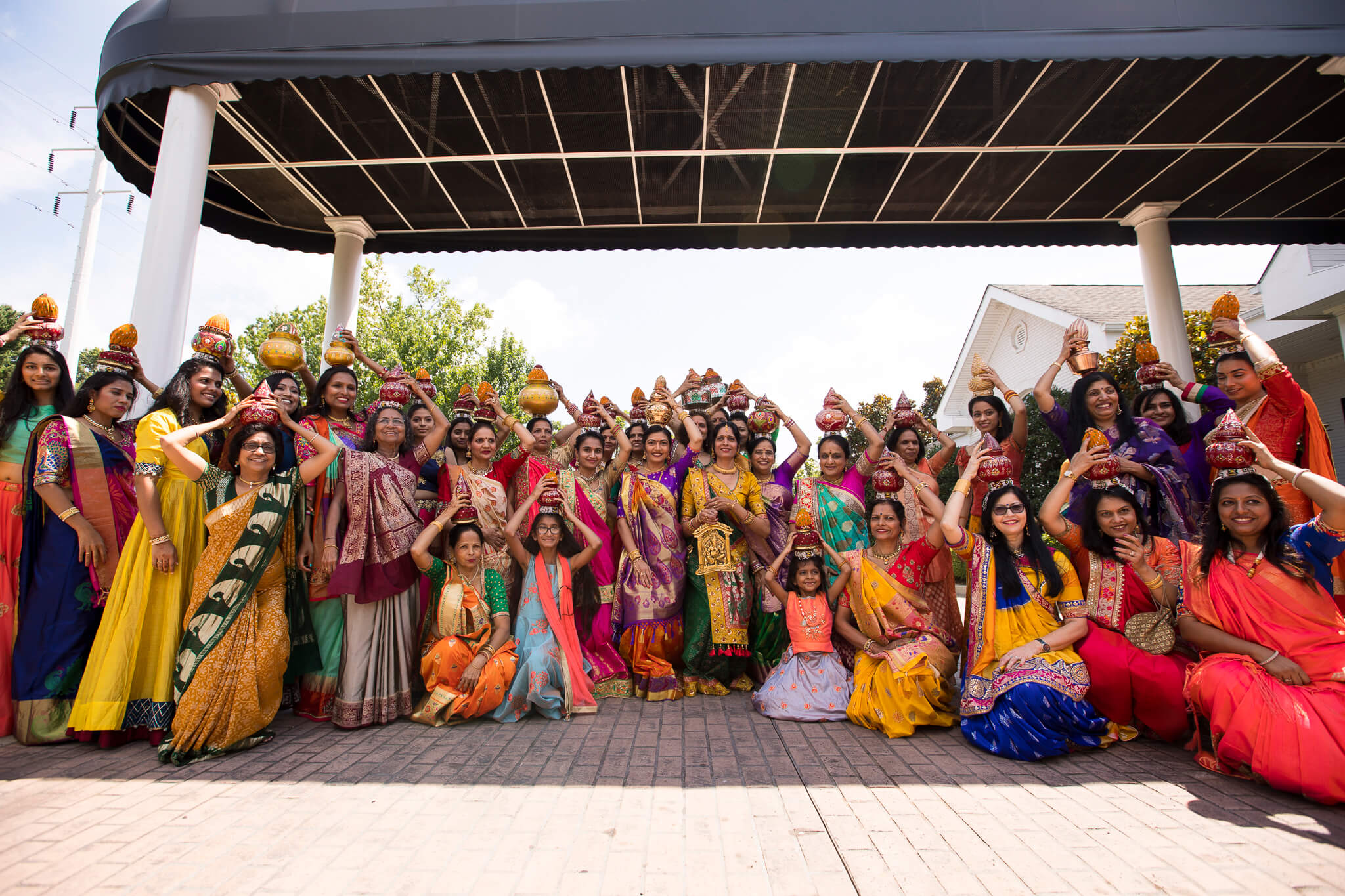 If you’ve never attended an Indian ceremony (or an event as a part of the wedding week) then I recommend it. I’m a professed Christian so I hold different beliefs than them but I will say that it was really nice to see how other cultures celebrate the union of marriage. 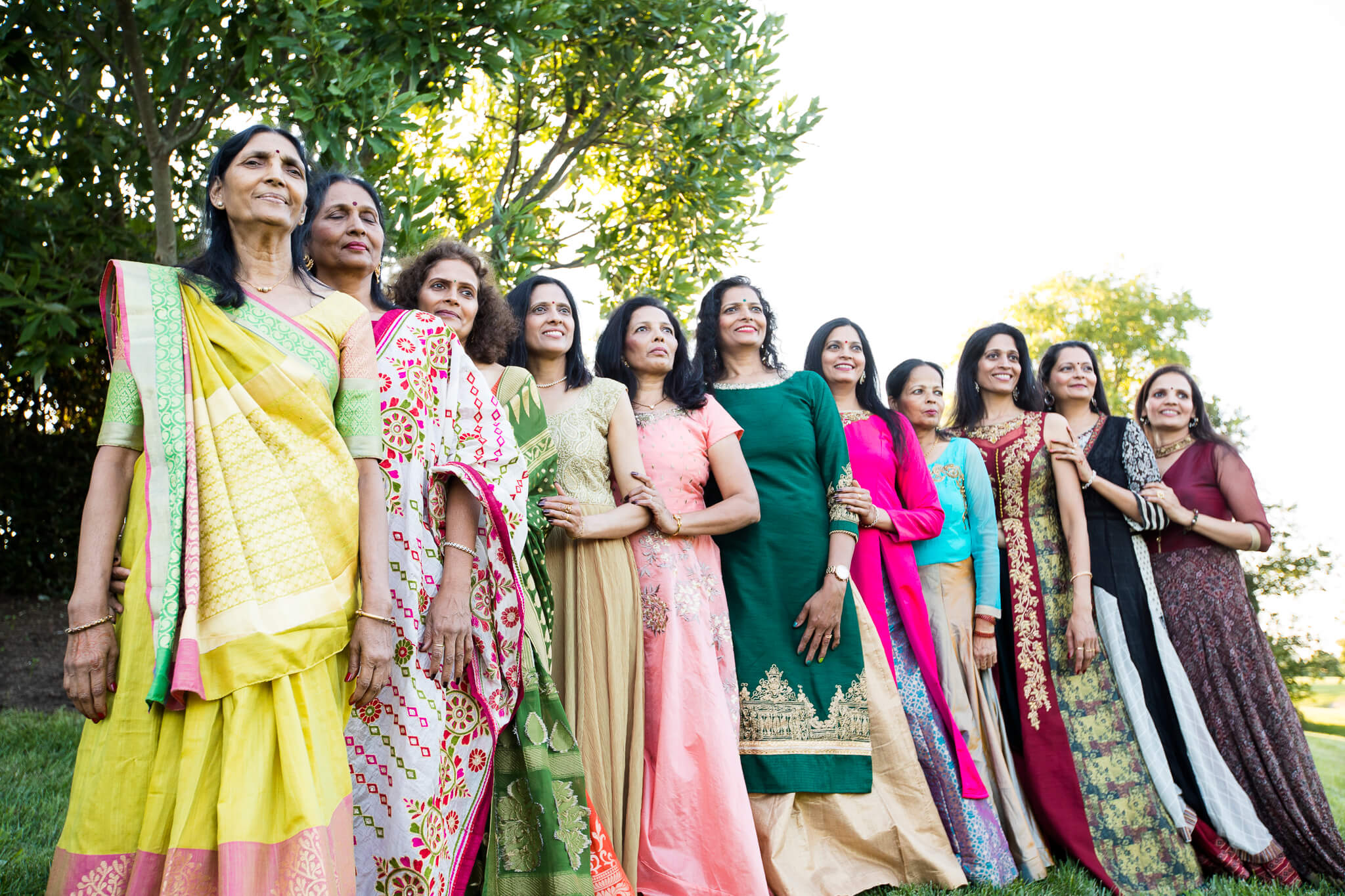 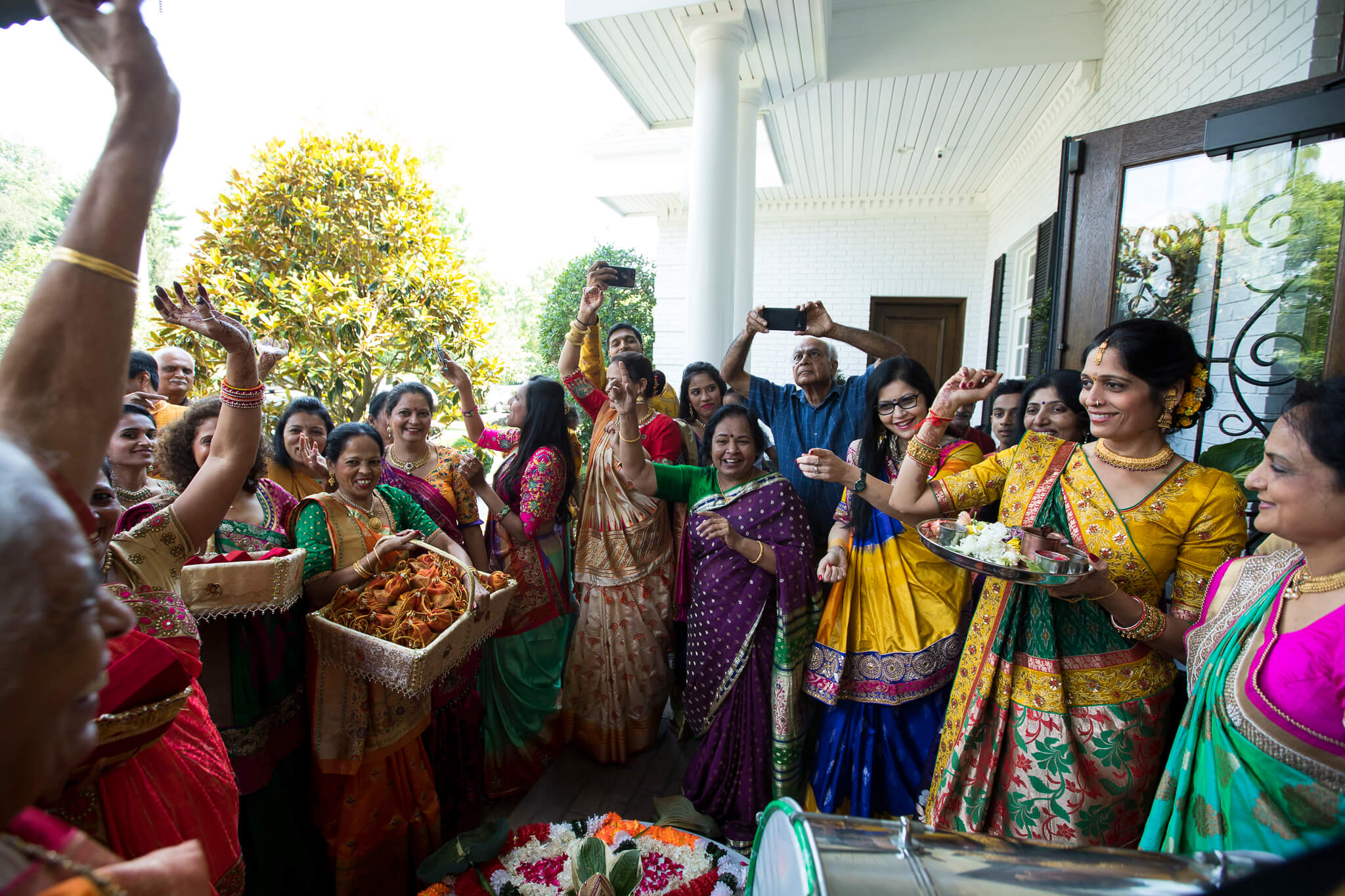 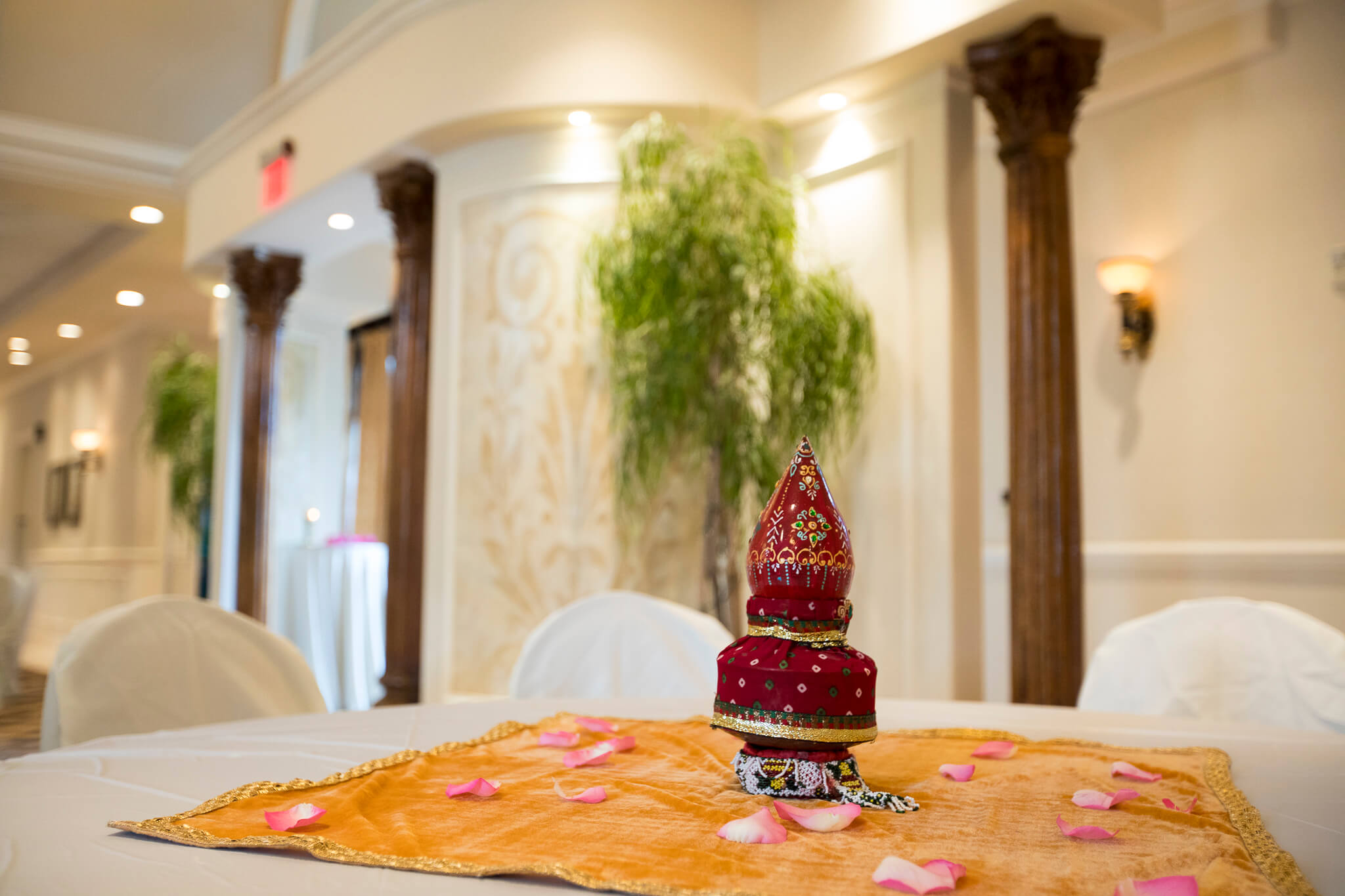 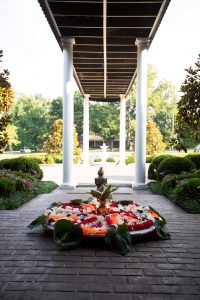