Saturday was a long day. All wedding days are for me. They are for the bride and groom but boy are they long for me. Of course, it worth it. I get to meet and laugh with some new people and document someone’s whole wedding day! 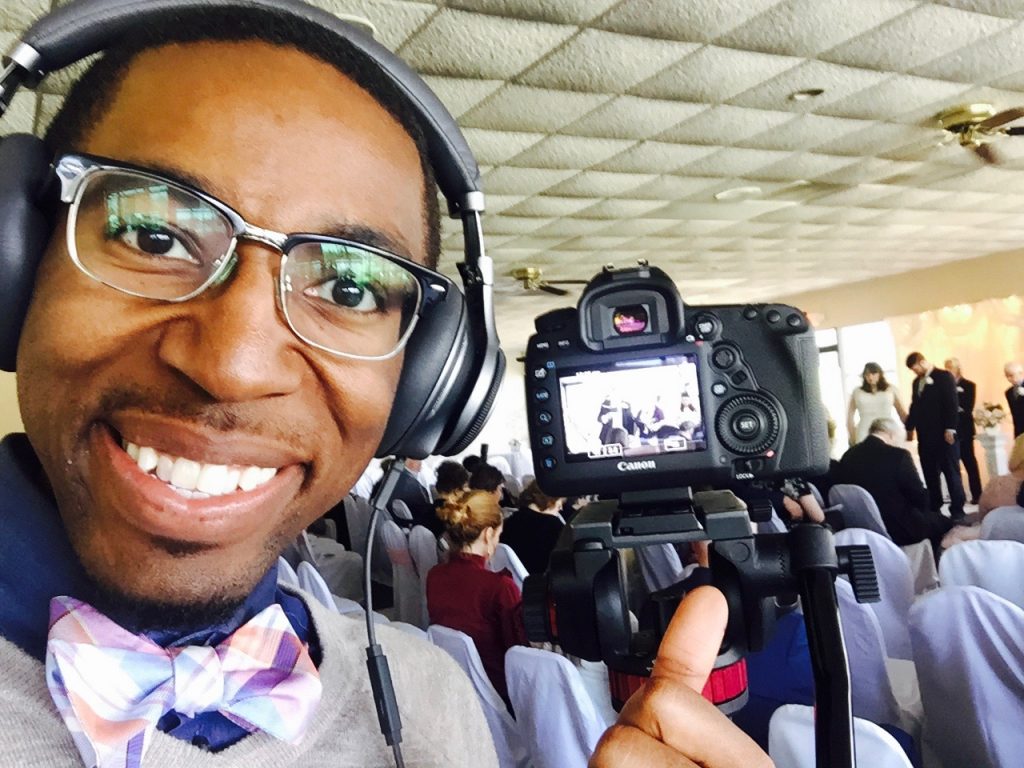 Last Saturday, Kevin, Melanie, and I headed to Jeffersonville, IN to document the Bentley Wedding. I was the videographer and Kevin and Mel were the photographers. In case you didn’t know, Kevin frequently second shoots for me and Melanie is a photographer friend of mine from church. We know each other through her husband who taught me how to budget years ago! So these two agreed to come hang with me for about 10hrs doing what we all love doing: taking pictures and shooting video.

There weren’t many lows that happened throughout the day. I found out how poor after-market batteries are. I’ll never buy those again. I had to charge them several times. Not cool at all. 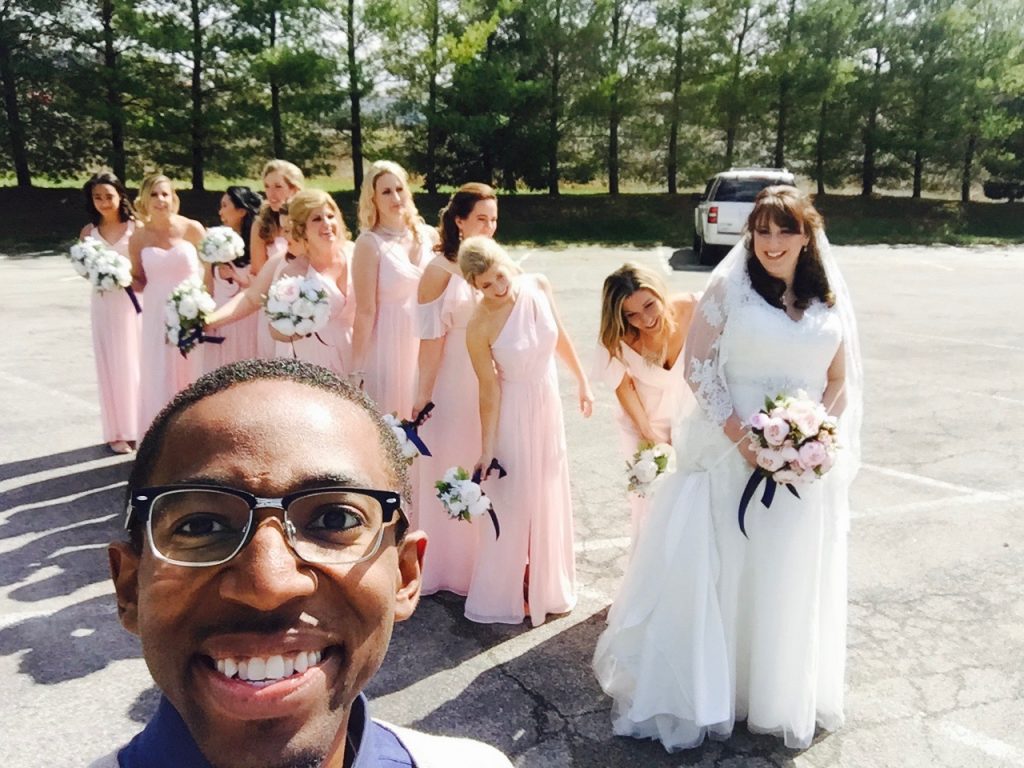 Filming by myself was a drag. I’m going to try not to do that again. Carrying equipment and manning 3 cameras at the same time was no easy task. Thank you, Mel for pressing the record button on that one camera for me. It’s the little things. I wonder if my wife would be happy to come off the bench and help out again. She normally doesn’t charge me 😆. 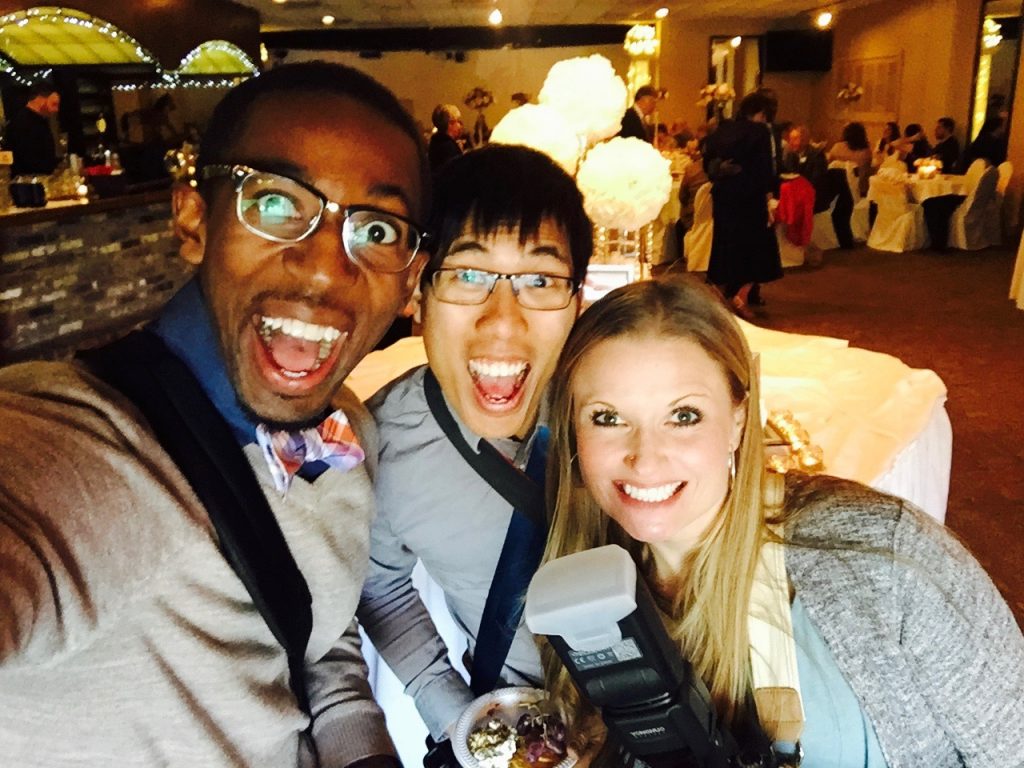 The highs were many in my opinion. I’ll first start off by saying that we had a diverse crew. As you may know, I’m and African America male. Kevin is and Asian American (Chinese) male. And Melanie is a white woman. Diversity is something near and dear to my heart because I desire racial reconciliation (or conciliation) in this country as a black man in the US who believes that Christ has torn down the walls of hostility between man and man (especially those in Christ). So it was a pleasurable realization to have that pointed out to me.

Another high was all because of Kevin. One of the bridesmaids is (I’m guessing) a first generation Chinese American. Her parents spoke little English and she said that when they attend events like this that they are always to themselves. It makes sense when you cannot communicate well with the majority culture. Well Kevin, being the humble, warm, bubbly, funny, and courageous personality that he is approached them and began speaking with them in Chinese. When it was time to eat, he even sat down with them to continue a conversation. Now, I have no idea how Kevin knows Chinese 🤣😆 but it was a pleasant surprise to the bridesmaid so much so that she made it a point to let us know at the end of the wedding how much it meant to them.

Probably the best high of he evening was my lunch. So if you didn’t know yet, my wife is a great cook. Now since we are plant-based (vegan), I don’t eat the food at the reception. I pack my lunch. My favorite foods to eat in the world are burgers (quinoa, bean, etc.) and sandwiches. Guess what I had for lunch? Sandwiches!!! Ahhhh!!! It was dressed up with tomatoes, lettuce, light life deli slices (fake meat), onions, Vegan mayonnaise, and, my personal favorite topping, pickles!!! It was amazing.

All in all, the day went well. The bride and groom were awesome people and they had some awesome friends (the bridal party). They were fun, funny, and very personable. We came to work but they received us as friends. The groomsmen even appreciated the equipment I brought. It made me feel good to hear them marvel over my cool camera and gimbal. Inside my head, I said “Yeah….I’m cool….I’m a pro 😎”. 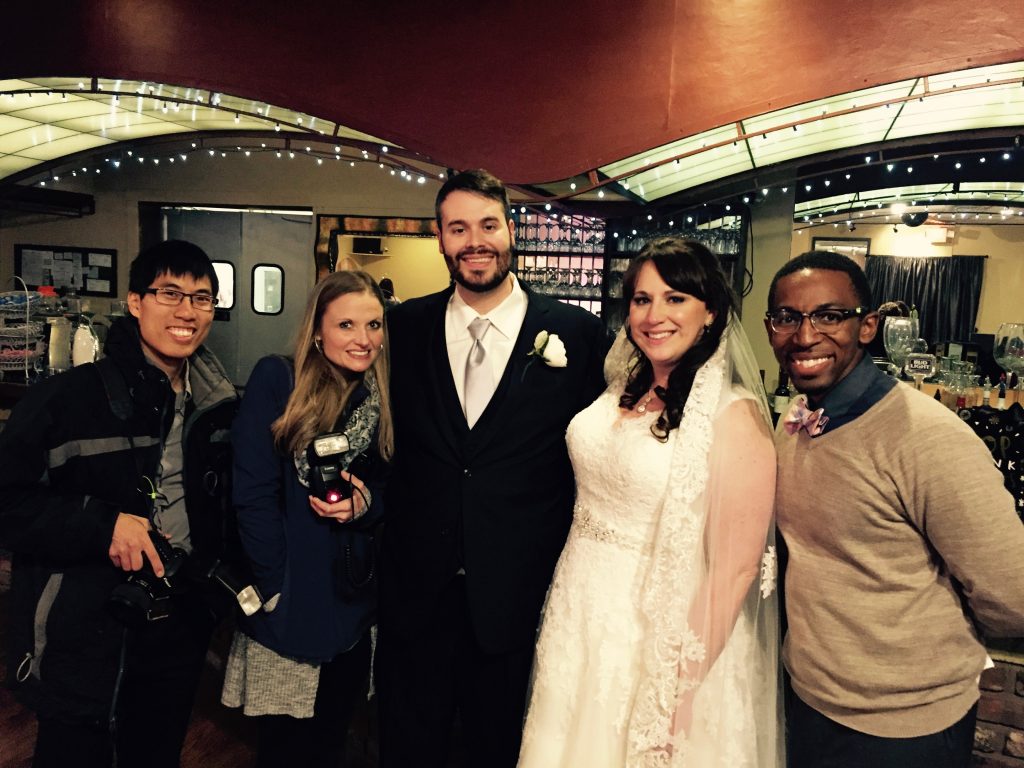 Thank you, Bentley family, for hiring us to document your wedding! I can already see that these pictures and the video are going to turn out very well.